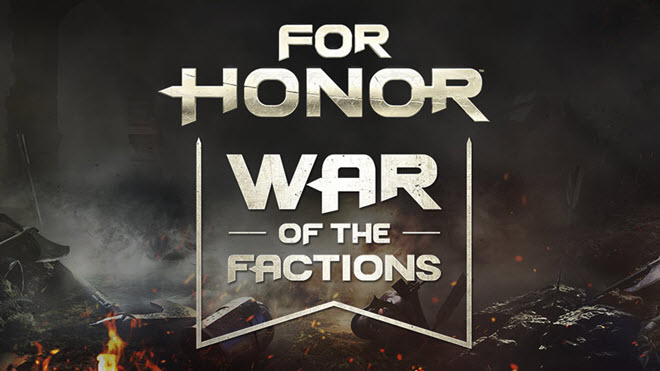 How do I sign up for War of the Factions?

1. SIGN UP FOR THE BETA
Enlist in the War of the Factions by signing up for the Beta. All multiplayer gameplay from all players who participate in the Beta will impact the global leaderboard. The Faction who conquers the most territory at the end of Beta reigns supreme.

2. PLEDGE YOUR SWORD
Pledge your sword to the Knights of the Iron Legion, the Warborn Viking clans, or the Samurai of the Dawn Empire From the game’s main menu.

What if I choose one Faction, but play with another Factions warrior?
Once you choose a side, all of your Beta victories will count toward your Faction’s global world score, even if you decide to play individual matches as other Faction warriors

For example, if you pledge yourself to the Vikings, you will always fight for the Vikings in the War of the Factions, even if you decide to play matches as a warrior from either the Samurai or Knights.

Bottom line, you can fight as any warrior, from any Faction, at any time, after pledging.

All War Assets from multiplayer matches, even against AI, contribute to the War of the Factions event.


What Rewards will I get for joining War of the Factions?
All warriors who fight during Closed Beta will be given the Emblems of Old. After game launch, you may redeem the Emblems and adorn your weapons and armor with their distinction.

The Emblems of Old represent the undying bravery and resilience of For Honor’s mightiest heroes. Formed generations ago by the elders of the Knights, Vikings, and Samurai, these badges rank among the land’s most ancient and hallowed honors.

The board has been reset for the Open Beta. Pick up your arms and prepare for the next fight. Only the winning faction players will receive the supreme reward, the Emblems of Power.

Visit the Rewards section for details, as more rewards are still to be announced. [Here] Requires "For Honor" (sold separately), internet connection and a Uplay Account. The ULC will be awarded to the Uplay Account used in the For Honor Closed Beta.